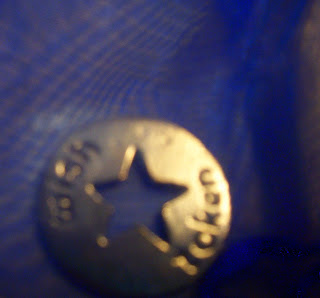 Well last night we had the "wish lady" over again to modify Abby's wish. For some reason it seems that Abby has changed her mind about going to Disneyland and now wants to go to Disney World. I don't think it had anything to do with me showing her Disney World on the computer hooked up to the TV. An showing her the pictures of the giant tomatoes and cucumbers at Epcott didn't have any bearing on this change of heart either. And I'm sure me making up songs about Disney World didn't matter much either... but for some reason she decided to pick Disney World instead of Disney Land... weird. :)

Actually, the Make a Wish granter said that it would probably be better and since all she really wants to do is ride the Dumbo ride and Disney World has that ride too. Disney World also has the "Give the Kids the World Village" which is set up for wish kids and their families. The village has a fishing pond too, since that was another wish of hers I think it will be perfect. So, even though they are both Disney places she still had to say "Disney World" to the wish granter. So, last night the Wish granter came over again and asked her again what her wish was. Quickly Abby said, with very clear speech I may add, "Disney World." Pretty funny actually.

Her second wish, the one that they will do if they can't fulfill the first wish, was a bit harder to get out of her. She didn't really have a particular place like St. Lucia, or the Bahamas, or Hawaii but she did get across that she would like to go and find sea shells on the seashore. I think any sea shore would do to her. I probably could make a beach in the backyard and throw store-bought sea shell on the sand and she would happy to collect them. So, that's the second wish.

I tried to take a picture of the wish token that she recieved with her wish but it seems that it is hard to photograph wish tokens, maybe something magical about them. Maybe they are occupiing a different part of the space time continuum... or maybe my camera just doesn't have macro lens. I'll go with thought # 1.

Hey... did I tell you that Abby's in Denver right now getting her Last Treatment? I know crazy. Tiffany took Abby, Anna, and a cake as big as Lily down to CHOA. Hopefully she got a picture of it. Abby gets her checkup, her Vincristine, and IvIG and then a bunch of oral pills at home today and 5 days of the grumpy pill. But these are her last 5 days of this grumpy pill! Yipee!.

It doesn't seem real that she is on the eve of not having to take all this medicine soon! Crazy.

Posted by Mark Schreiber at 3:32 PM

Wooho! Abby had her last treatment (at least in Denver! That is terms for celebration.
~Confetti being thrown~
Congratulations guys! You have made this far and only a little bit further.

Hi there, I hope you remember me, I wrote you last fall due to my son's low counts. He has ALL as well. Congrats on the progress and the end of treatment. We will be treated until May 2009. I wanted to ask, does Abby have Pre B ALL Standard Risk? That is what Ben has. Just curious.

Abby was actually High Risk, Pre-B ALL when she was diagnosed. After the 1st month bone marrow test she was also given the "rapid responder" title so that helped make her treatment a bit less intense I guess and she only had to have 1 Delayed Intensification phase.

That is great that she was a rapid responder. Ben was as well. It's nice to hear that news after they go through all that initial treatment. Well congrats again on your journey coming to an end - enjoy life after chemo!