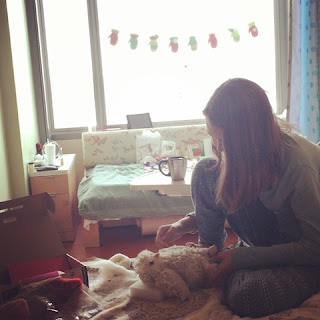 Praying healing over Abby in Jesus name! Abby, you are blessed & protected by the blood of the lamb of Jesus Christ. Sickness & disease (that's YOU cancer!) take this as your eviction notice! Abby and her parents ready to be home sp ANC levels, you better increase to an awesome high level! Father God, thank you for the protection, comfort, and blessings you continue to pour into the Schreiber family. Holy spirit, fill every encounter. We pray divine wisdom into the doctors & staff. Grace for each nurse. Peace to be an overflowing well from Abby`s soul each time anxiety tries to enter her spirit. Anxiety: you have NO authority in Abby`s life now or in her future. Jesus fought that fear already so move along!! Instead, peace will be the constant in Jesus name.