Abby went into the hospital on Tuesday morning and started with the chemo that's in this next week. It's the same chemo she had last week. They anticipated she might get high fevers this week since it's the second go around and they were right. She's been spiking some pretty high fevers but last night and today so far she's been normal. She needed some more red blood cells which they gave her. They also give antibiotics and an antifungal in her IV once she starts with a fever just in case it's not chemo induced. She slept off and on yesterday but today she's a little more chipper and not as sore everywhere. Mark has been down with her the whole time because I'm sick and can't go to the floor until I'm better. My mom flys in today and will head to the hospital to take a turn hanging out with Abby.
We had planned the big bone marrow transplant consultation meeting tomorrow but our doctor is also sick so it's been rescheduled for Tuesday. We were able to get a little bit more concrete information about when things will roll with that. It looks like the end of this month she will start all the pre-testing if her counts are up to certain places. Then  the week of March 14 she will have the transplant. Big steps ahead. We are daily hanging onto truths that God loves Abby and has a good plan for her life, even though it hasn't gone how we'd like. It looks so spiritual when you put it down in letters on the page. Truthfully, it's a wrestle. But, we've enjoyed many blessings on this journey even though it is been really rough. Abby is dealing with things most people don't have to deal with until they are much older. She's also wrestling with her own faith in a way that most kids don't have to do until they're older. We are hopeful that God will redeem and make new and beautiful things out of these ashes. 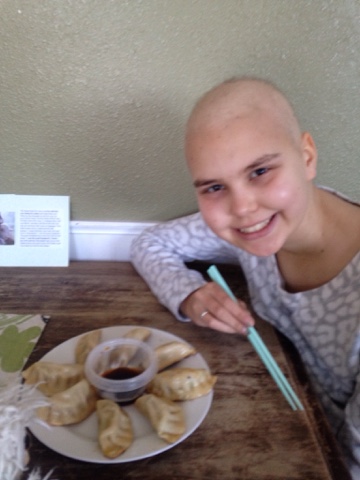 I really appreciate your honesty in sharing. I heard recently that "God doesn't expect us to put a plastic smile on a broken heart."

I am so sorry that you are all going through this "night of wrestling" and am praying that just as Jacob came out of his wrestling with a stronger faith in God that you all will also.